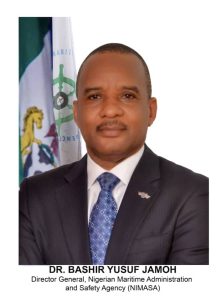 The President of Appeal Court, Justice Monica Dongban-Mensem,
has commended the Director General of Nigerian Maritime Administration and Safety Agency (NIMASA), Dr. Bashir Jamoh, for his exemplary leadership role in advancing the cause of adjudication and mediation in admiralty matters.

The Appeal Court President, who personally participated in a similar seminar for judges organised by NIMASA, added that the DG has set worthy examples for his peers, which has increased capacity of Judges to perform better.

Dr Jamoh’s impact touches on areas like timely and easier interpretation of Suppression of Piracy and other Maritime Offences (SPOMO) Act, aims at achieving a safer maritime domain; alternative dispute resolution in the maritime industry and limits of admiralty jurisdiction in Nigeria

Under Jamoh’s watch and with NIMASA as an interested party, Nigeria recorded its first conviction of pirates using the SPOMO Act at the Federal High Court, Port Harcourt in August 2020.