Our correspondent gathered from a reliable source that the deadly weapons were intercepted
in Zaria through credible intelligence.

The Customs operatives, who uncovered the ammunition also intercepted other prohibited items used in concealing the weapons.

Our investigation revealed that the gallant officers swiftly arrested a suspect in connection with the deadly weapons.

The offensive items were concealed with other goods by smugglers in a deliberate attempt to  escape security checks;  but the Customs officers unveiled them using superior intelligence.

The live ammunition and other items seized as shown below : 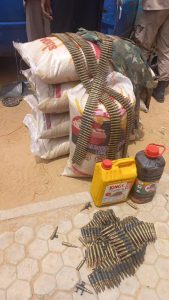 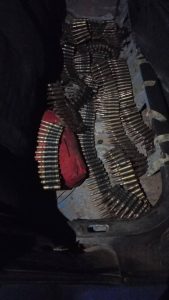 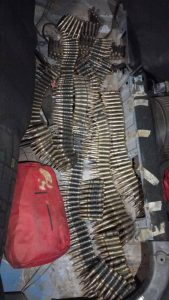