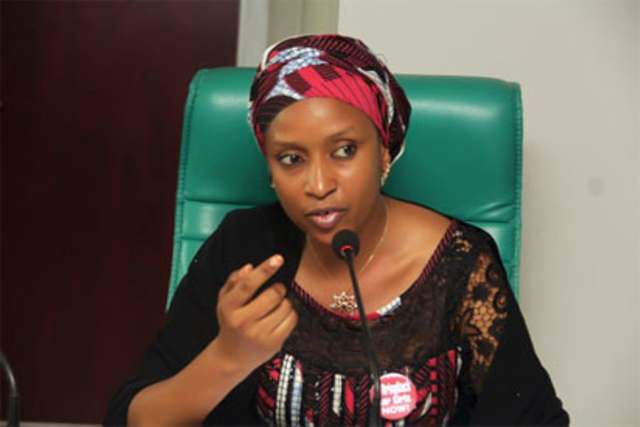 The Nigeria Union of Journalists (NIJ), Lagos State chapter is seeking partnership with Nigerian Ports Authority (NPA), for the growth of the nation’s economy.

The Chairman, Mr Adeleye Ajayi, made this known during a Courtesy visit by the executive members of the Council to the corporate headquarters of NPA in Lagos.

Ajayi said the five-year tenure is well deserved by the NPA Boss.

According to him, “Under the leadership of Bala Usman, six new tug boats were inaugurated for operational efficiency.
The Authority keeps its budget open to the public through MOU with the BudgIT Information Technology Network.”

Ajayi said that the Union is happy with the management of NPA over the introduction of electronic truck call-up system to ease the perennial gridlock on port access roads.

He expressed satisfaction on the establishment of dedicated terminals to handle exports,

His words, “It is a good initiative that your administration partnered with Dangote Construction Company and Flour Mills for the reconstruction of Apapa-Wharf and Ijora Link Bridge.

“NPA has shown commitment on 24-hour port operations, pilotage and berthing of vessels. Also, training and retraining programmes of NPA toward improving its manpower is highly commendable”.

He urged the management of NPA to work on port development plan, even as he expressed concern about persistent gridlock on Lagos ports access roads. He suggested that shipping companies should not reject empty containers, that
empty containers should be shipped back to their ports of origin.

Following the upsurge in imports, Ajayi suggested that the Federal Government should expedite action in building Ibaka deep seaport in Akwa Ibom, Olokola deep seaport in Ondo State and the Gelegele seaport in Edo State.

He advised that dry ports or Inland Container Depots (ICDs) should take off in the six geo-political zones of the country.

He solicited assistance of NPA in completing the two-storey building undergoing remodelling at the union’s secretariat.

Ajayi also noted that to be quoted correctly at all times, there is need for NPA to sponsor journalists on training programes outside Lagos, preferably in areas where ports are located.

The Assistant General Manager, Corporate and Strategic Communication Department of NPA, Mr Ibrahim Nasiru, who received the NUJ Executive members on behalf of the managing director, said the organisation had gone far to normalise activities of truck owners along Apapa corridor.

He noted that the rehabilitation of rail lines within the ports had taken off, as well as the electronic truck call-up system.

“We (NPA) are trying to provide good services and live up to our promise, to be the hub port in Africa,’’ Nasiru said.

The Executive members were represented at the NPA’s visit by the Chairman, Mr Adeleye Ajayi; the Secretary, Mr Tunde Olalere; the Treasurer, Mrs Iyabo Ogunjuyigbe; and the Auditor, Mr Isaac Ayodele.