* We can withdraw our services even without protest – Says Peter Ojo

There are divergent views on the disagreement between Clearing Agents and Council for Regulation of Freight Forwarding Practice in Nigeria (CRFFN), on collection of Practitioners Operating Fee (POF), by the Council.

While some Clearing Agents blamed CRFFN for failing in its responsibility to protect Agents against harsh operating environment, others lamented that the Council is only interested in collecting money, not after the welfare of Agents, who are losing huge sums and investments due to excessive charges in cargo clearance procedures.

He frowned at inability of CRFFN to protect the interest of freight forwarders it is regulating.

He asserted :
“The Commissioner of Police, Marine, intervened and called us for a meeting, because they heard that we were about embarking on a protest.

“Well, we thank the Police for its swift intervention. But, the Council must realise that we can even withdraw our services without any protest.”

Responding to questions on the next line of action after the meeting with Marine Police, he informed; “As a chapter Chairman of ANLCA, I cannot speak on this issue because I don’t have the capacity to do that.

“This is because only the National President, in person of Hon. Tony Iju Nwabunike, has the power to speak on the position of ANLCA about POF collection.”

He added, “We had a meeting. I spoke with my President and by God’s grace, I think by Monday, we will deliberate more on this issue, after which the President will address the press and make the position of ANLCA known on POF collection.”

Making a clarification on the pending court case on POF collection, he stressed, “During the meeting, CRFFN showed evidence that the Court case was struck out.

” It was one of our senior colleagues, who took them to Court in 2018, but according to CRFFN, the case was struck out in January 2021.

“The general thinking of people is that when there is such a case; the parties involved are supposed to stay action on the object of the case. And I can see that CRFFN took that opportunity to come up in full force this time around.

“Assuming our people are still following that case up, it would have restrained the Council from this present action, but unfortunately, the case was struck out according to them.”

On the crisis in ANLCA, he said:
“What is happening in ANLCA at present is a misunderstanding, which will soon be resolved because everything is clearly stated in ANLCA’s Constitution.

“For instance, when we came on board we were given a mandate to regain the Secretariat. We will achieve that using a legal process of the law without fracas.

”We must also understand that the
Secretariat belongs to ANLCA and not Peter Ojo. So, the Constitution has guidelines on how to recover properties of the Association.” 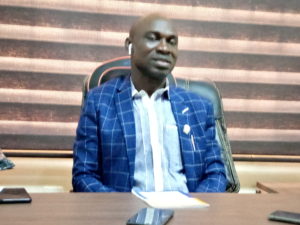 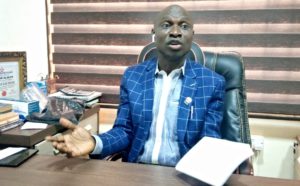 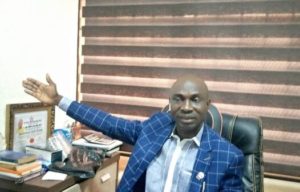